How does a financial POA work?

Posted by Lisset Cuevas on September 8th, 2022 in Uncategorized

Q: What is a financial power of attorney and how does it work?

Here’s all you need to know about financial POA:

What is the purpose of financial POA?

The primary purpose of financial POA is to protect the principal and their family from a legal battle. The POA ensures that the principal’s finances will continue running smoothly, regardless of what happens to them.

How does a financial power of attorney work?

Financial POA allows the designated agent to manage all of the principal’s financial matters. This includes paying bills, managing all accounts and investments and signing financial documents.

Financial POA is most commonly used when the principal is out of commission due to a medical emergency. Being laid up in a hospital bed does not mean the principal’s financial accounts are frozen and bills are put on hold. Having a financial POA in place will allow their finances to continue running smoothly until the agent is functioning in their usual capacity.

Which powers are granted to the attorney in a financial POA?

The extent of authority a POA grants can vary greatly, depending on how it’s worded. Most POAs extend the following powers to the agent on behalf of the principal:

When does a power of attorney become effective?

The circumstances that dictate when a POA becomes effective will vary according to how the POA is worded. It may become effective as soon as it’s signed, or only upon the occurrence of a future event as indicated in the document.

If the document stipulates that the POA is effective immediately, the agent can act upon the principal’s account even if the principal is not incapacitated in any way. This kind of POA is often used for an agent to represent someone who travels often and may not be physically present to make important financial decisions.

Usually, though, a POA only becomes effective if the principal can no longer manage their own finances because they have become incapacitated, or one or more doctors have certified that they are physically or mentally unable to make decisions. This can be due to mental illness, a medical emergency, the onset of dementia, or any other event that renders the principal unable to function as usual.

In some states, a POA automatically becomes effective when the principal is incapacitated, even if this is not indicated in the contract.

When does a power of attorney end?

The authority conferred by a POA will always end upon the death of the principal.

Unless otherwise indicated in the contract or state law says otherwise, the POA also ends if the principal becomes incapacitated. If the authority continues after incapacity, it is called a durable power of attorney, or a DPOA.

A POA can also end if the principal revokes it, a court invalidates it or the agent is no longer able to represent the principal. In some states, the POA also becomes invalid upon divorce if the agent is a spouse.

What are the potential consequences of not appointing a POA?

If an individual becomes incapacitated for any reason and they have failed to appoint an agent to act on their behalf, their financial matters will generally be left up to the governement of their home state. If there are family members who want to step up, they will need to go through the courts to gain legal control of the principal’s finances. Generally, though, when someone does not have a durable power of attorney and becomes incapacitated, their financial accounts and assets will automatically revert to the state.

Can anyone be granted power of attorney?

Most states have very few guidelines for who can serve as a financial agent. The only general stipulations are that the document be signed, witnessed and notarized. Of course, it’s best to choose someone you trust to responsibly manage your finances in your stead.

If you’re looking to set up a POA, we can help. Once you have spoken to a lawyer and drafter your POA, reach out to us to talk about your options. 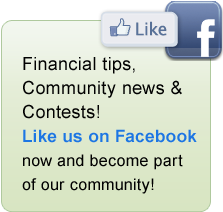